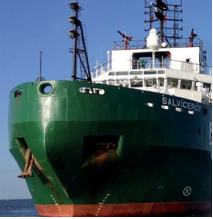 The Shipowners’ Club (the Club) is a mutual marine liability insurer, providing protection and indemnity insurance for small and specialist vessels since 1855. The Club works with more than 600 brokers globally to insure over 32,000 vessels across a range of operating sectors and geographical areas.

The Club is one of thirteen P&I clubs that make up the International Group, insuring over 90 percent of the world’s tonnage. As one of the oldest P&I Clubs, the insurer understands what vessel owners need most from their liability insurance – stable premiums, tailored cover and a swift, sympathetic response to claims.

Shipping companies are required to comply with International Management code for safe operation of ships and pollution prevention. To perform any business activity, shipping companies require Marine Liability Insurance as that protects shipowners and transporters from commercial damages in case of any unfortunate events.

The Club resolved to modernize its applications

– a decision that had several implications. First, they had to migrate all their insurance policies from the legacy system to a newly developed policy administration system that would help them manage their underwriting business. Secondly, they would have to reconcile data for the trading certificates the company issued, which was stored in two standalone systems that were not linked to the existing policy administration system. The data stored in the two systems contained many duplicates, and the fields on the trading certificates,which were PDFs, were different.

That meant one of the first challenges of the migration process was to cleanse the data by de-duplicating it and standardizing the form fields. For example, in the legacy systems, the same piece of data, such as the country where a vessel is registered, could appear in several forms. ’Singapore’ could also appear as ‘Republic of Singapore’. Those variations caused a problem when the Club wanted

to run reports to analyze, for instance, how many brokers operate in Singapore, because it appears that those two different forms represent two different countries.

It was first planned to do the migration using a stored procedure and traditional methods. But ADROSONIC, the company’s strategic IT consulting partner, had a better idea. “We compared solutions on a number of criteria, such as cost, functionality, performance, ease-of-use and scalability”, says Sonal, Director of ADROSONIC. “We determined that Talend Cloud with Data Quality best met our client’s needs.”

Consultant of ADROSONIC. It also enhances

scalability and flexibility because it can be easily scaled up and down according to evolving needs without requiring extra administrative personnel or impacting productivity.

Kumar adds: “Talend has superior functionality and scalability, and data quality is included and not an add-on as with other solutions. Talend also had decisive advantages in the areas of ease of use and data stewarding: Its straightforward interface means it can be used by business analysts with little to no technical knowledge.” 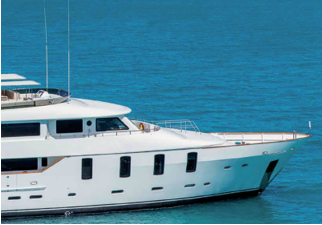 The team at the Shipowners’ Club also found Talend adapted to change more readily than other solutions they evaluated. “There are often changes in terms of data  model  or some new requirements, and we found it easier to make those changes in Talend Data Quality,” said Ranjith Kanipayur, Head of Enterprise Business Architecture at the Club. “We also found Talend’s graphical user interface made testing and monitoring easier, and overall the Talend solution reduced development time, which will allow us to  see  an  ROI  on the project sooner than expected.”

In addition, because the Club’s information will reside in different systems, ADROSONIC is recommending the company adopt a Master Data Management (MDM) solution to manage and ensure consistency among their data records.

As a strategic IT consulting firm, ADROSONIC finds that Talend is an ideal fit for the SME market it serves. “Talend fits in very well with our strategy, which is why we’ve decided to invest in building a practice and training several technical employees on Talend,”says Mayank, CEO & Managing Director of ADROSONIC.

This revamping of the policy administration system is a project with several phases. In the first phase, ADROSONIC migrated 17,333 PDF trading certificates to the new SQL database system using a REST web service, and cleansed approximately 30,000 records with customer contact details stored in the legacy CRM.

ADROSONIC has also started on the second phase of the modernization project, which involves migrating data on Shipowners’ complex insurance.product structure that covers a range of products with different liabilities, deductibles and limits. A third phase will entail cleansing the data in the current CRM system and migrating to CRM dynamics. A fourth phase is modernizing a new re-insurance system, which will also involve data cleansing and migration.

Getting greater insight into the business and enhancing customer service

By standardizing the data on Shipowners’ members and their vessels, their policy insurance and trading certificates, the company gets a more-accurate analysis of its operations.

A key benefit of moving to the new policy administration system, says Mark Hamblin, Head of IT at the Club, is that data which is consistent and standardized enables us to quickly issue accurate policies. This results in an enhanced customer service experience for our members. Our trust in the data is laying the foundation for further service enhancement projects whereby we can hand over elements of the underwriting process to the broker themselves.

“Every year, 95% of our members choose to stay with us, and our top 25 members hold an average of 24 years’ continuous entry; testament to our ability to serve members’ best interests and respond to changing needs”, concludes Mark Hamblin.

Any cookies that may not be particularly necessary for the website to function and is used specifically to collect user personal data via analytics, ads, other embedded contents are termed as non-necessary cookies. It is mandatory to procure user consent prior to running these cookies on your website.